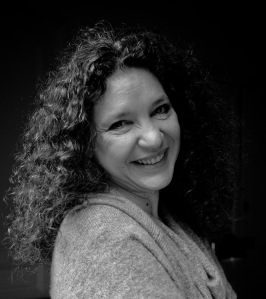 Natasha Lehrer is a writer, translator and editor. Her long form journalism and book reviews have appeared in the Guardian, the Observer, the Times Literary Supplement, The Nation, Haaretz, and Fantastic Man, among others. She has contributed to several books, including a chapter on France in the forthcoming Looking for an Enemy: 8 Essays on Antisemitism, edited by Jo Glanville (Short Books).

She has been translating from the French since 2015. Her full-length translations include Suite for Barbara Loden, by Nathalie Léger (Les Fugitives / Dorothy) Memories of Low Tide, by Chantal Thomas (Pushkin Press), Chinese Spies, by Roger Faligot (Hurst),  A Call for Revolution, by the Dalai Lama (Rider), Journey to the Land of the Real, by Victor Segalen, Robert Desnos’ The Punishments of Hell, and Georges Bataille’s The Sacred Conspiracy (all three published by Atlas Press).

The White Dress, by Nathalie Léger (Les Fugitives/Dorothy), The Most Beautiful Job in the World: Lifting the Veil on the Fashion Industry, by Giulia Mensitieri (Bloomsbury), Villa of Delirium, by Adrien Goetz (New Vessel Press), The Sailor from Casablanca, by Charline Malaval (Hodder and Stoughton), The Last Days of Ellis Island, by Gaëlle Josse (World Editions), and I Hate Men, by Pauline Harmange (4th Estate) were all published during the plague year 2020. Consent, by Vanessa Springora (HarperVia) was published in February 2021. Her short translations have appeared in the Times, Granta, Harpers, 3am magazine, and Paris Review.

Natasha is a committee member of the Translators Association of the Society of Authors, and is working with the brilliant Shadow Heroes developing a literary translation mentorship programme for schools.